All the competitors and teams, all in all some 700 people gathered for the official competitors briefing presented by the ASO organiser Etienne Lavigne and race director David Castera.
The emphasis is on sporting conduct and safety. And of course the spirit of the Dakar rally which is important: it’s not a race, it is THE RACE!

After the briefing all competing vehicles rolled over the starting podium and made a presentation before driving a loop for the public waiting to celebrate the competitors. 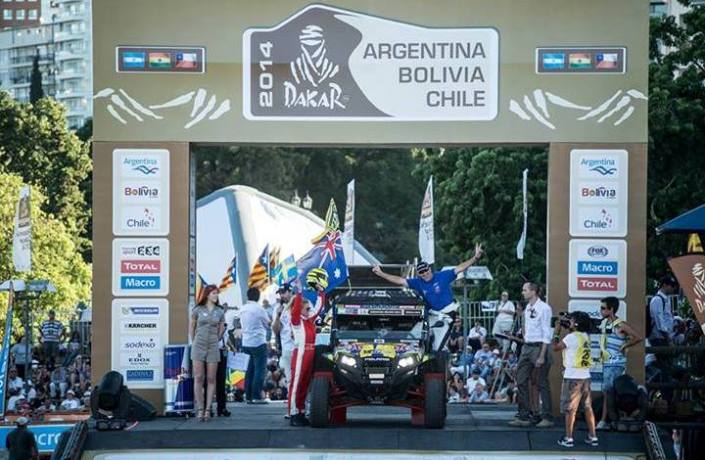 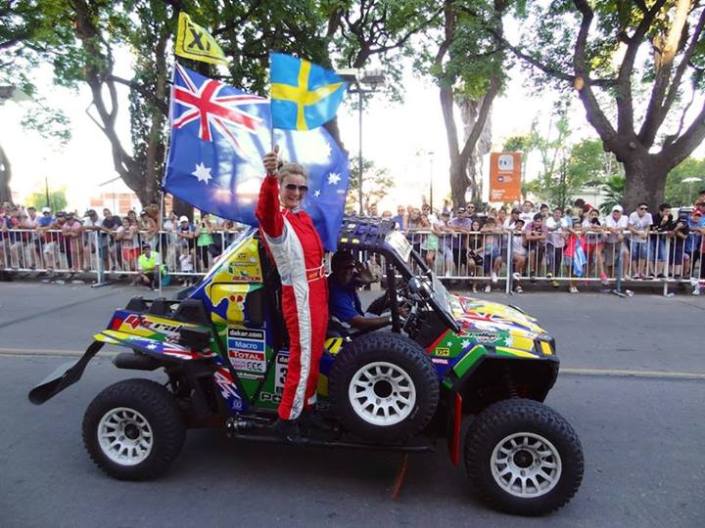 In the evening we packed everything for the race car and I made my road book, which is colouring and making notes to help me while navigating for Garry. 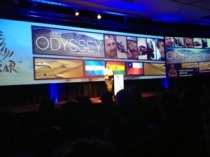 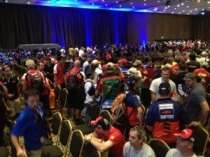 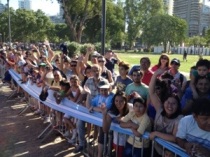 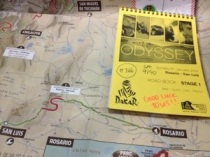 About a million spectators kicking off the greatest event of the year. 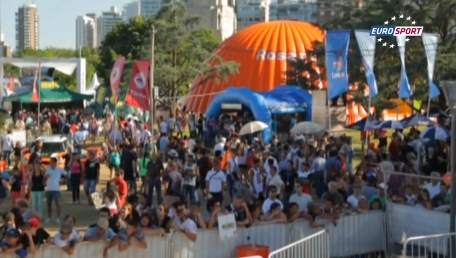 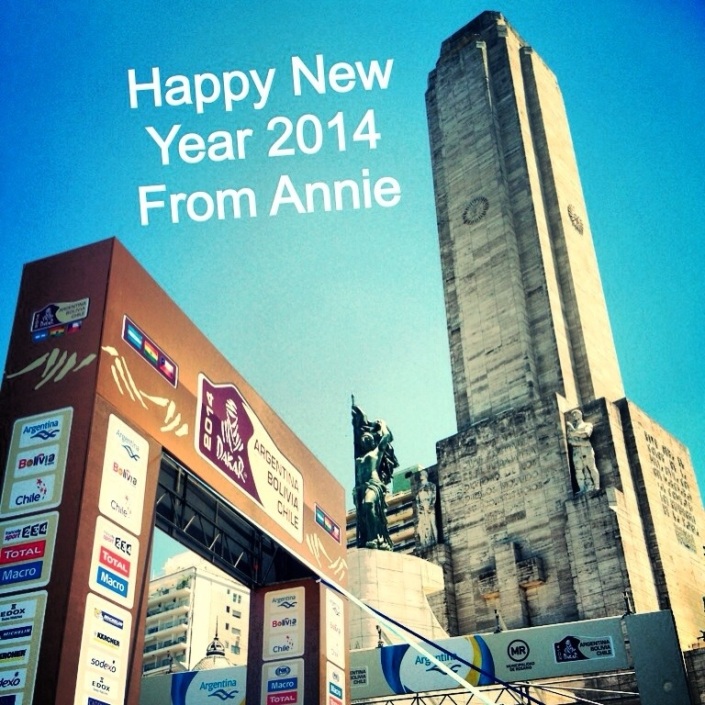 Dakar is arriving to town

The Dakar Village is being built, road barriers put up, excitement in the air. On Saturday 4/1 we will roll (or jump) over the starting podium in Rosario. The Dakar 2014 is on! 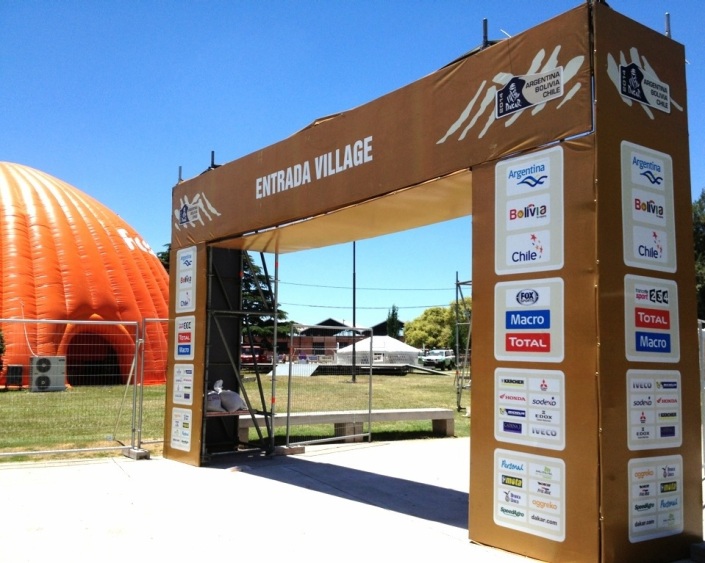 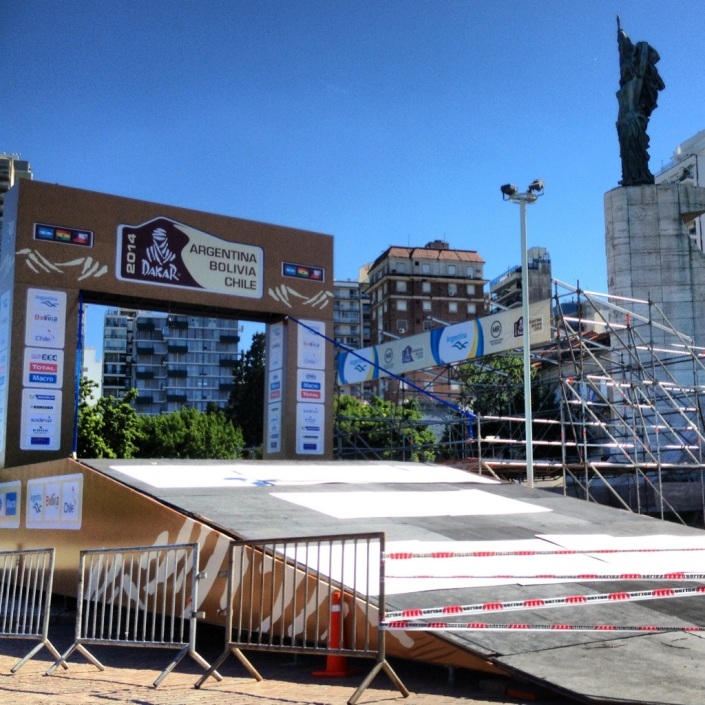