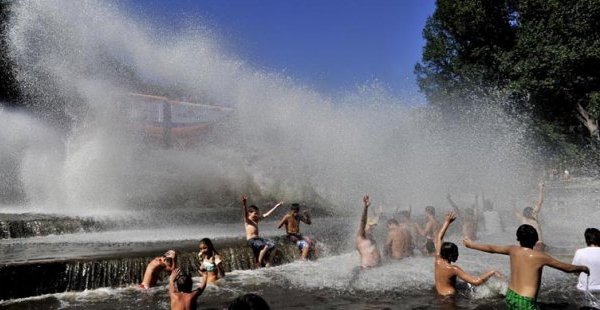 Spectators enjoying a shower in the terrible heat.

Annie & Garry are in a good mood and have done well, in spite of some problems with brakes. They got lost early in the stage, and Garry must adjust his driving, using the motor to slow down the speed.
So, it was quite exciting as the stage was rather difficult.

Connell/Seel: “Splendid stage! The terrain was like it is in Australia, in the Safari Rally. Stones, narrow, sinuous… It was awesome, I had so much fun! We passed Robby Gordon twice, and also Ronan Chabot, it was fun! Only our brakes suffered due to the hot temperature and of all the braking.”

Evening activities:
preparing the roadbook for tomorrow and changing socks. 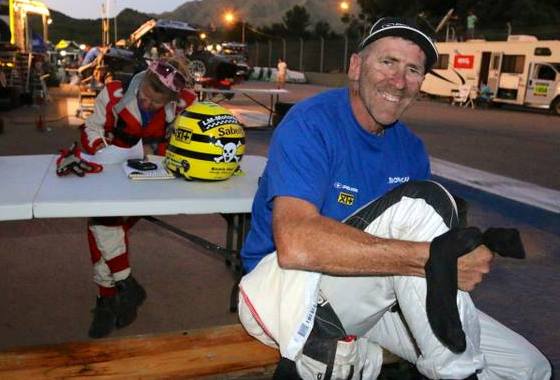 Svenska Dagbladet 2014-01-05:
A summary of Annies past adventures and some goals for the coming – to reach the finish line for the 22th time. This time as the codriver to Garry Connell in a buggy.

Not a bad start!
Keep going.